The Private Security Industry is the largest force in the world, bigger than any police, military unit or navy that is active 24/7. The security industry has been in a constant state of monitoring the threat and on August the 1st 2021 certain things rolled out that confirmed information which set the time clock for using specific second stage research that ended on the 12th of November.

On the 20th of November 2021, the recent biological threat security investigation now dictates that the Omega Status must be enforced based on the monitoring of the viral pattern formation taking into consideration, the human disorder besides other crime related to the threat. Within two days of the status being called for, a variant was identified by South Africa and within hours some countries banned flight travel to and from South Africa. This is even before the world -health organization named the variant which is now named Omicron.

It is the security industry that is implementing the health protocols on the ground but do more. They take the temperatures of people, manage the movement of people and that the populous satanize. They do more because there is crime related to the threat. The practitioners on the ground not only have to find new crime, evolving copycat crime, increased habitual crime, besides handling violent and aggressive behaviour. Furthermore, the practitioners have to protect their companies and sites.

Juan Kirsten Director Genera of ISIO | International Security Industry Organization says,‘’ the Alpha is the leader of the pack, and the Omega is the last born. We have experienced this Alpha beast that is changing at a moments notice in its way of movement and devouring everything in its path. The world is now at a time where the fundamental information gives conclusion to now plan for the worst because we have no idea of when and how the last born will behave’’

Security Success depends on the level of situational awareness of the people  on the ground and their reaction speed (Kirsten, J 2018). Authentic situational awareness dictates that the security industry or any practitioner can never afford to be in a state of denial or bias towards any threat. When the industry calls for Omega Threat Status, the  members know this is the highest form of threat alert and must be taken seriously!

Professional practitioners in this field are realistic and relevant! They consciously accept without bias the fact that the threat in theatre is here to stay and that they need to live with it but – the threat can easily turn nasty based on sound logical thought because of the pattern formation. They know that they must be in Omega Status.

Tony Botes the Administrator of Security Association of South Africa says, ‘’Security practitioners besides all stake holders must realize the importance the security sector as it is now officially on the ground and front line for Chemical, Biological, Radiological or Nuclear Warfare (CBRN). All must know the security protocols and crime related to the threat as to avoid collateral of not only the pandemic but also by citizens for example, anarchy which will cause even more ciaos’’

Professionals know what objectives and goals to focus on and where to obtain reliable information and protocols that they need to be fully versed on. Simply put – It is their obligation to be relevant!

Chairman Kunwar Vikram Singh of India’s Central Association of Private Security Industry (CAPSI) states that ‘’the security and safety professionals are still undermining the bio security threats and not responding the way they should have. They are responsible for millions of people. Political leadership and bureaucrats must realize the gravity of the new security challenges and act fast. Protocols already available by the security industry must be followed by law to save your world’’

View (https://www.human-investigation-management.com/cbts-certified-for-biological-threat-security/ ) the knowledge and skills to set protocols to plan for the worst and actions to take for profit protection for the Omega Impact. 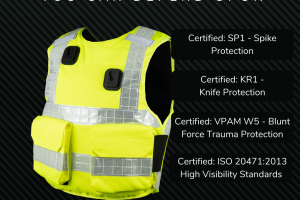 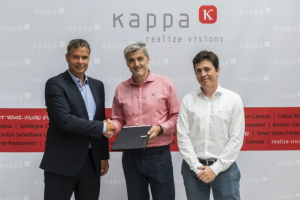