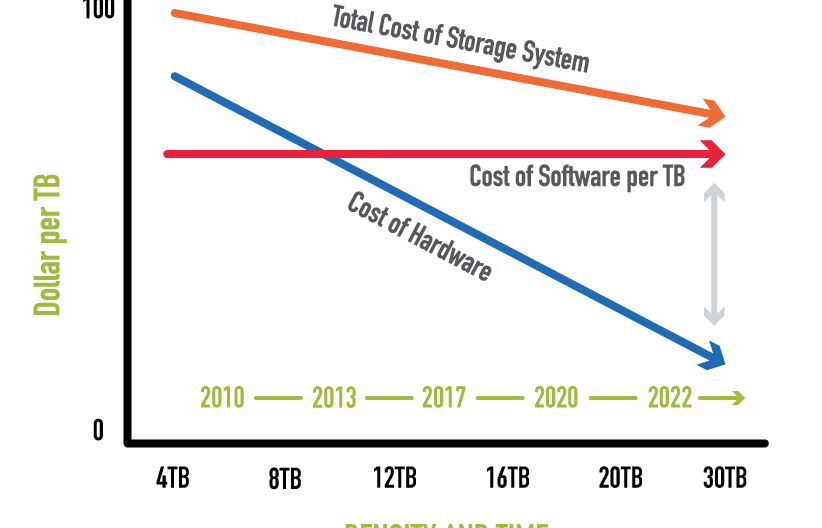 The per drive capacity of storage media continues to increase. This year we expect to see the availability of 30TB flash drives improve dramatically. At the same time, hard disk drives of 24+TB are to be available before the end of 2022. The ever-increasing density of storage media presents a problem for storage vendors who price their solutions based on the capacity of their systems.

Customers can purchase the newer higher-density drives and replace their lower-density drives to triple the capacity of their storage system within the same physical footprint. The problem is that they must also pay a capacity license fee to their storage vendor. These software upgrade fees can be 3X or more than the cost of the drives themselves!

StorONE’s Scale-for-Free pricing model is based on the number of drives in use, not total capacity. The new model breaks free of expensive capacity-based license schemes that punish customers for using high-density drives, keeping them from enjoying hardware innovation.

The key to StorONE’s Scale for Free Pricing Model is StorONE’s software-based Storage Engine. It has three key innovations:

3.      A rewritten erasure coding algorithm to deliver high performance during production and rebuilds, enabling customers to recover from high-density drive failure in less than three hours

StorONE’s new pricing model rewards the use of the highest-density flash and hard-disk drive up-front and in the future. Customers can upgrade to newer, higher-density options, without data migration and without paying additional software license fees.

Hard-disk drives are 10X less expensive than flash drives but concerns over performance and rebuild times force customers to consider all-flash arrays. The StorONE Engine enables IT to use HDD technology as a component of production storage with its advanced, new auto-tiering algorithm. Instead of reacting to a full flash tier condition, it proactively grooms the flash tier during less busy times, ensuring it is always available for peak IO bursts.

StorONE’s vRAID, the industry-leading drive failure protection feature, enables customers to use systems with 20TB hard-disk drives in less than three hours. Organizations can safely use the highest-density flash and hard disk drives without concern of inconsistent performance or prolonged drive-recovery efforts.

This release also enhances metadata management, enabling customers to scale to 20 PBs in a single instance without needing a TB+ memory like competing solutions requires. And now, with StorONE’s new pricing model, there is no pricing penalty for moving to higher-density drives.

Ransomware continues to be a daily threat to most organizations. StorONE has enhanced its 360° ransomware protection with new telemetry information. Customers can take snapshots every 30 seconds and retain up to 500K per volume without impacting performance. This snapshot granularity is sometimes necessary to fully recover from a ransomware attack.

Now, when an organization is under attack, StorONE alerts the customer and pinpoints the best immutable copy to use for recovery. Additional protection has been added with two-factor authentication to help prohibit unauthorized access.

Moving away from a one-size-fits-all that is typical in the industry, StorONE is now providing data encryption on either an application level, where supported, or volume level, where more appropriate, as with NAS or some hypervisors. Organizations that require complete encryption across all data can also select self-encrypting drives, which the new release supports. Security professionals are now recommending multiple layers of encryption to defeat forthcoming CPU power than may be able to crack single-layer encryption. With StorONE, customers can simultaneously encrypt at the application layer, the virtual storage container layer, and the physical drive level.

StorONE’s Engine enables customers to do more with less; more performance from 1/3 the number of flash drives and 1/3 the hard disk drives of competitors while not sacrificing data resilience or availability. Their new drive-based pricing model rewards customers for adopting StorONE’s strategy of highly dense storage architectures, resulting in hardware, software, and data center operational savings. 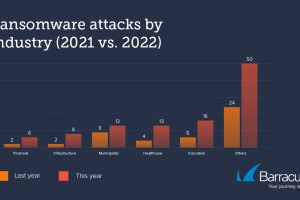 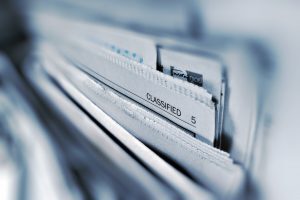 About the Author: Joe Austin