How the Commercial off The Shelf Unmanned Aerial Vehicle Revolution Threatens Security!

Unmanned Aerial Vehicles are generally defined as “powered, aerial vehicles that do not carry a human operator, use aerodynamic forces to provide vehicle lift, can fly autonomously or be piloted remotely.

They can be expendable or recoverable, and can carry a lethal or nonlethal payload.” Although gathered under a single acronym, UAVs, or drones, they can display considerable variations among different models.

An unmanned aerial vehicle system has two parts, the drone itself and the control system.

Typical commercial off the shelf (CoTS) UAV’s are made of light composite materials. This reduces weight and increases maneuverability. They come equipped with high performance cameras and can be flown using a smartphone or tablet.

The increasing use UAV’s for commercial enterprise has been predicted to grow exponentially. PricewaterhouseCoopers are predicting the global market for commercial UAV applications to be worth $127 billion by 2020. There are already more drones in the world than all of the manned aircraft that have ever existed in the history of the world combined.

Drones have huge potential for the technologically advancement of business and commercial operations. The question that arises is to what extent does new unmanned technology challenge traditional security concepts of vulnerability and risk?

Drone cameras now have high optical zoom and infra-red capability. This enhanced zoom functionality provides eyes on target up to distances of 3 miles and night flight surveillance and reconnaissance ability. In addition modern CoTs can fly at speeds in excess of 40 miles per hour with altitudes making them difficult to see.

As CoTS drones become increasingly advanced and inexpensive the need for effective mitigation against the growing aerial security threat from criminals increases.

Open source information illustrates how UAV’s are being used by criminals for ISR (intelligence, surveillance, and reconnaissance) capability and smuggling of contraband over prison walls.

There has also been growing concern that non state actors will deploy weaponized drones against vulnerable targets, mass gatherings or national infrastructure.

Given their retail availability, lack of verified identification requirement to procure and general ease of use, drones deny the frontline security operative exclusive access into places that have been defined as secure and protected. Without the ability to mitigate against aerial perimeter breaches criminals and non-state actors can access places security staff can’t protect.

The potentially malign individual now has the means and motive to operate above and beyond existing installed security measures and provides uncontested access to the air. This then undermines the ability to maintain security and operational capability from the ground.

Frontline security professionals now need to develop plans to provide protective aerial security. It needs to be appropriate to the level of exposed risk. Operations manuals or event management plans need to be reviewed.

Ensuring that plans are sufficiently robust to provide enhanced protection to people on the ground, when the threat level is raised, is critical!

Any upgrade of resources should be pre-planned, proportionate and in place.

Whilst creating the plan or checking its effectiveness frontline security personnel should consider the following questions.

The employment of drones by criminals or terrorists is not a far-off threat providing the ability to bypass defensive and security perimeters.

The threat is here now!

The reality today is that UAVs complicate matters for security personnel and defensive planners. They democratize airpower, forcing the consideration of the third-dimension when thinking about potential threats to high-risk personnel, events and businesses.

It is paramount that a proactive approach be developed in providing mitigation and security against the defined aerial threat.

Drone Control aims to create an environment and infrastructure within the legal and regulatory framework that and provides reassurance on societal concerns of safety, security, privacy, data protection.

We are a trusted advisor on aerial security, our surveillance drones provide our clients with detailed reporting and our expertise enable us to advise appropriate security risk mitigation recommendations. 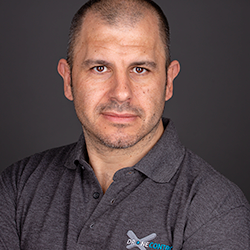