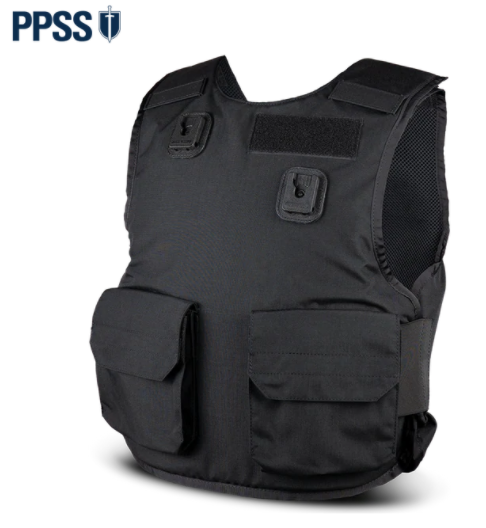 PPSS group are an industry leader in protective gear. In 2018, the company launched the ‘CutPRO’ brand of cut and slice resistant clothing with an eye on protecting the workers of the glass and metal industries. A few months earlier, they had released their Emergency Body Armour to great acclaim in the security industry.

PPSS’ leadership consists of over a century of aggregate experience on the front lines. Their management have been members of elite military forces, police, prison riot teams and security firms, so it’s fair to say that they know what they’re doing.

What really impresses us, however, is that PPSS CEO, Robert Kaiser, is confident enough in his company’s products that he’s willing to take a knife to the chest to prove their effectiveness.

PPSS’ stab-resistant body armour has been warmly received by many in the field of security. It comes in both ‘overt’ and ‘covert’ forms, as well as a small selection of different sizes and colours. 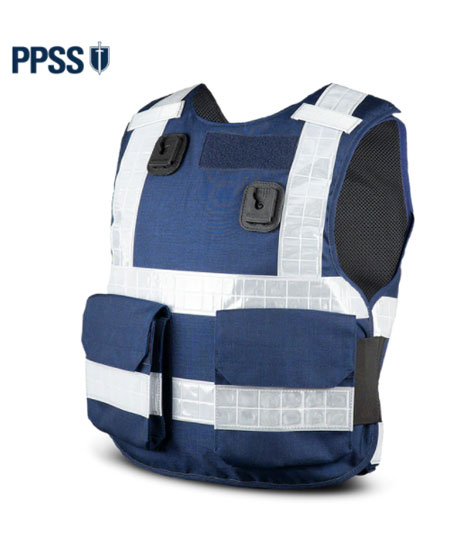 The vest uses a 3.6mm sheet of metal encased in a carbon fibre composite. It is lightweight (about 1.75kg or nearly 4lbs) and is designed to shield all vital organs, as well as being ergonomically cast for a snug, yet comfortable fit.

The vest is designed to be easy to take on and off. As an added design element, it also lacks a zip, which negates the main weak point of other, similar protective vests. It would be extremely difficult for an assailant to remove or get into the vest because of this.

The outer cover is fashioned from high-grade Nylon which features a custom-designed spacer fabric which allows cool air to circulate around the body (a very useful feature, especially in summer).

The adjustable Velcro side and shoulder fastenings are strong – and have been designed to stay in place until purposefully removed. Patches at the front and rear allow for Velcro badges to be attached as required. The vest also features 2 universal radio docks as standard.

You might be tempted to think of Kevlar as being a better material than metal for a protective vest. Kevlar does indeed work well, but it does have several disadvantages. For starters, it soaks up water like a sponge and needs to be covered with a water-resistant material if it is going to be worn outside (at least, if it’s going to worn outside in the UK!).

Kevlar is also very difficult to cut in cases of emergency, usually special scissors are required, which may not be available at the time. Kevlar also handles compression poorly, is usually very expensive and degrades when exposed to UV light, including sunlight. Other materials, such as chlorine, also cause it to decompose.

Additionally, Kevlar only has a lifespan of about 5 years, any more than that and it begins to break down and can put its user in danger. It is recommended that you never wear a Kevlar vest that is more than 5 years old – and that you never purchase a used one as you have no way of knowing how old it actually is.

The efficacy of metal as a protective material, by comparison, is highly attested to. Simply visit a museum and take a look at their suits of armour. From Roman legionnaires and medieval knights to Edo period samurai armour, metal has a long history of keeping us safe.

The biggest drawback of metal plates, of course, is that they are heavy and can limit movement. However, the science behind them is simple and sound and has been known for a long, long time. Basically, there’s no getting a knife through a metal plate.

Since 1993, the UK Home Office has published test standards that can be used to assess the effectiveness and viability of various types of body armour. These tests include formed armour testing, ballistic protection levels, rifle testing, production quality testing and in-life monitoring (essentially how long the vest can last when constantly in use).

CAST certification – KR1: This means that the vest is protected from single-edged weapons such as kitchen knives, machetes and combat knives.

For clarification, KR1 alone simply means that the armour offers total protection against knives, while KR1 and SP1 together (which this vest has) offers knife and spike protection.

This vest does not offer any ballistic protection, but it seems statistically unlikely that this will be needed by the average UK-based security operative, a fact for which we can all be very thankful.

What Our Man Thought

“The first version I tried on was the ‘overt’ version. This one is slightly bulkier than its covert cousin, with large, deep pockets and 2 plastic radio docks on the front. I’m not entirely sure what kind of radios would fit into the docks, but it feels like most radios would fit fairly safely. 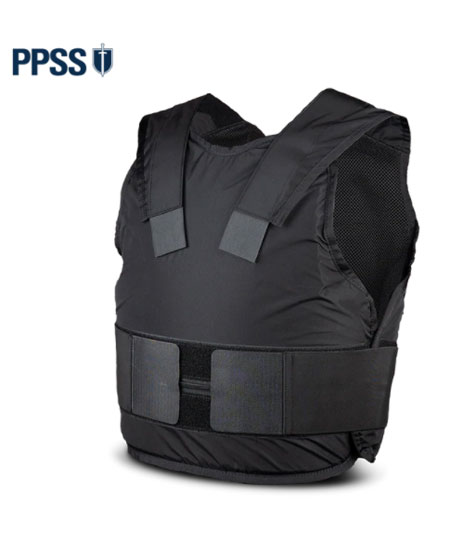 me with a butterknife!

…It was right after that jump scare that I began to feel safe.

The vest repels blades and other sharp objects well (I’m talking about more dangerous fare than crazed children with blunt objects). In fact, just about everything seems to bounce off of it. Even the Nylon on the outside feels tough and durable.

The vest also absorbs shock rather nicely, so nicely, in fact, that I barely felt even relatively large impacts (such as my fiancée repeatedly hitting me on the chest and back – maybe my family just hates me?).

The vest fits snugly, but it’s also very adjustable, so you could theoretically loosen it if you wanted to. I did find that it was very tight around the neck, even when I adjusted it. It was also quite difficult to get on and off. This may be due to my not being super familiar with wearing stab vests, but it’s worth mentioning that the first time you put it on, you may need some help with it.

I did find that I could move about reasonably freely in the vest and was capable of jogging and running whilst wearing it. Some mobility is obviously lost, but that would be the case in any situation where sheets of metal were strapped to a person’s chest and back.

On the downside, I found wearing it quite rough on my lower back. Although the vest isn’t particularly heavy, it does still have some weight to it. Standing upright and walking around in it started to make my back ache after a few minutes.

The vest adds reasonable weight to the upper body, but does not compensate for it by providing much, if any, actual back support. This feels like an area that could be improved upon.

It was also rather uncomfortable to wear in a sitting position. In the interests of science, I sat in my favourite comfy chair and drank a nice cuppa, but the vest made the whole thing a little bit difficult. Not only did it tighten more around the throat as I sat down, it also impeded my movement quite a bit more when sitting than it did when standing.

I’ll admit that I don’t have the best posture, so this may explain why it was so uncomfortable for me. It’s also unlikely that security operatives are going to be sitting down on the job and drinking tea whilst wearing any stab vest, so that’s worth considering.

My major issues with this vest were to do with its size. The version I tried out was size ‘XL’. I stand at around 6,2 and am of average build (albeit with the doughy inclusion of a few ‘pandemic pounds’ that we all seem to have these days). Even then, I found that the vest was rather small.

It rides quite high on the chest, so it didn’t actually shield the lower parts of my stomach. If an assailant could have gotten close enough to me to slide a knife beneath the vest (which is not at all impossible), I would have been in trouble.

On that front, I’d like to know if the bigger sizes are longer or just wider.

I feel like storage could also be an issue as well (the whole package is rather big and I wonder if it could be made more compact and easier to store when not in use).

On the whole, the overt vest definitely protected me well, but it was heavy and generally quite uncomfortable to wear. I did get the sense that if I’d worn it for longer, I may have eventually gotten used to it, but I didn’t, so I really can’t say for sure. I think the protection side of things is pretty much spot-on, but it could definitely be made more comfortable to wear.

The second vest I wore was the ‘covert’ version. Taking the plates out of the ‘overt’ vest and placing them in the covert vest was very easy – and the addition of helpful notes on the plates themselves made it even more so.

When I first put the vest on, I thought for sure that I wasn’t going to be able to hide the presence of the covert vest. However, once I put a hoodie over it, neither my child nor my fiancée was able to tell I was wearing it (which made the fact that they kept stabbing and hitting me all the more disconcerting).

I walked around with the covert version under my hoodie for a while and, despite my seeming a little pudgier than usual, it didn’t look conspicuous at all.

I don’t know how well the covert vest would work under tighter fitting clothes, but I think it would work well under a relatively baggy dress shirt, coat or jumper.

I also found that I didn’t get too hot, despite wearing the vest under a hoodie. The design allows air to circulate around both the vest and the body, which really does help to keep you feeling cool.

The covert vest, then, was surprisingly effective.

Both vests did their jobs admirably, protecting me from the ceaseless ravages of my angry family, with the overt vest feeling instantly strong and protective and the covert vest genuinely surprising me by how ‘covert’ it actually was.”

This is a very good stab vest. Comfort issues aside (and this is, by necessity, a secondary concern beneath protection), it really feels solid and durable when in use. You can totally see why the vest got those CAST certifications, as well as why it is so widely used. There’s no mistaking that this is a high-quality product.

The plates are relatively lightweight, yet are easily tough enough to withstand even the most dangerous knives, spikes, shivs and other sharp objects while the customisable aspects (enhanced as they are by the presence of multiple colours, sizes and designs) mean that this vest can be used for almost anything.

The covert version fits well under loose-fitting clothing, while placing the plates into either version is rendered as easy as possible by both user-friendly design and helpful notes from the manufacturer. The fact that it comes apart more-or-less completely makes the vest quite easy to clean and maintain as well.

Metal plates are a lower tech solution than Kevlar, but this vest will have a much longer shelf-life, as well as being far easier to keep safe and clean. In the end, it’s a matter of personal preference (as well as what you’re using it for), but if you prefer a plated stab vest, then this is definitely a good choice.

PPSS have designed a stab vest that’s both functional and hardwearing, as well as practical, relatively lightweight, and easy to use. It’s an exceptional product.

You can see our full review of these individual PPSS Stab vests on our website and you can buy any of these Stab vests from their site here. 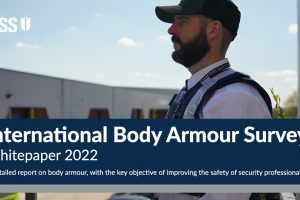 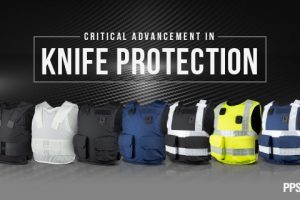